ABOUT TIMCONTACT TIM
/ 2 / 2
Ask Tim a question, or connect with him on social media.
CONTACT TIM

He is the Executive General Manager at the Menzies Research Centre, the think tank for the Liberal Party of Australia, where he is focused on operations and finances.

Tim has most recently worked in private practice giving strategic advice to a range of organisations and companies.

He was CEO at the national peak body representing the innovative medicines sector, Medicines Australia.  Tim also led reform across key sectors of the economy as Chief of Staff to Minister Anthony Roberts in the NSW Government.

He has been involved in government and politics for over 20 years and worked for the Howard Government for six years including in the Prime Minister’s Office.

Tim in the community

Tim is passionate about people and community.

He has been a director of a Bendigo Community Bank Branch and led two community based registered clubs.

Tim is passionate about supporting and developing young people and served Life Education for nearly a decade as a volunteer director.

He is passionate about public lands and heritage and been president of a local headland preservation group. He is also a statutory director of the Harbour Trust.

Lightbox link for post with description I joined Nick Cater to discuss the fundamental...

I joined Nick Cater to discuss the fundamental importance of political parties in our democracy & offer some advice to anyone who thinks they can best make a difference outside the party structure. Listen on Apple Podcasts or your preferred platform https://apple.co/3lhHt2G

Lightbox link for post with description The Harbour Trust invites the public to remotely...

The Harbour Trust invites the public to remotely observe the meeting of the Members of the Trust between 3:30pm and 5pm on Tuesday 7 December 2021. Register your attendance and submit questions → https://t.co/7Wsigu9yDV

What a terrible thing to keep people isolated from their loved ones in their final years. It should’ve always been a choice. https://t.co/Ye5UPbeBLZ

This is Mary. She lives in a nursing home. She's 92. She's been married for 70 years & hasn't been able to see her husband (who is 95) for 10 months because of the virus. Finally, they were reunited. 👇

Lightbox link for post with description Tanya Denning-Orman, the Director of Indigenous...

Tanya Denning-Orman, the Director of Indigenous Content at SBS, and Steven Issa, the Lord Mayor of Paramatta City Council, have been appointed to the body of non-executive directors that governs the Harbour Trust by the Australian Government. Full story: https://t.co/EgIes3SrOH

Lightbox link for post with description Tickets are selling fast to the 9th John Howard...

Tickets are selling fast to the 9th John Howard Lecture! Joining Mr Howard this year is former Federal Liberal leader Brendan Nelson, who will be speaking about our national character and why values matter. Book here 👉 https://t.co/TnbeosnLDi
#Auspol #JohnHowardLecture

Who else remembers 18% interest rates under @AustralianLabor and the recession we had to have?
In case you forgot. https://t.co/QRUnWyvxUv

Petrol prices this morning in Canberra. Who remembers when petrol was under a dollar a litre? 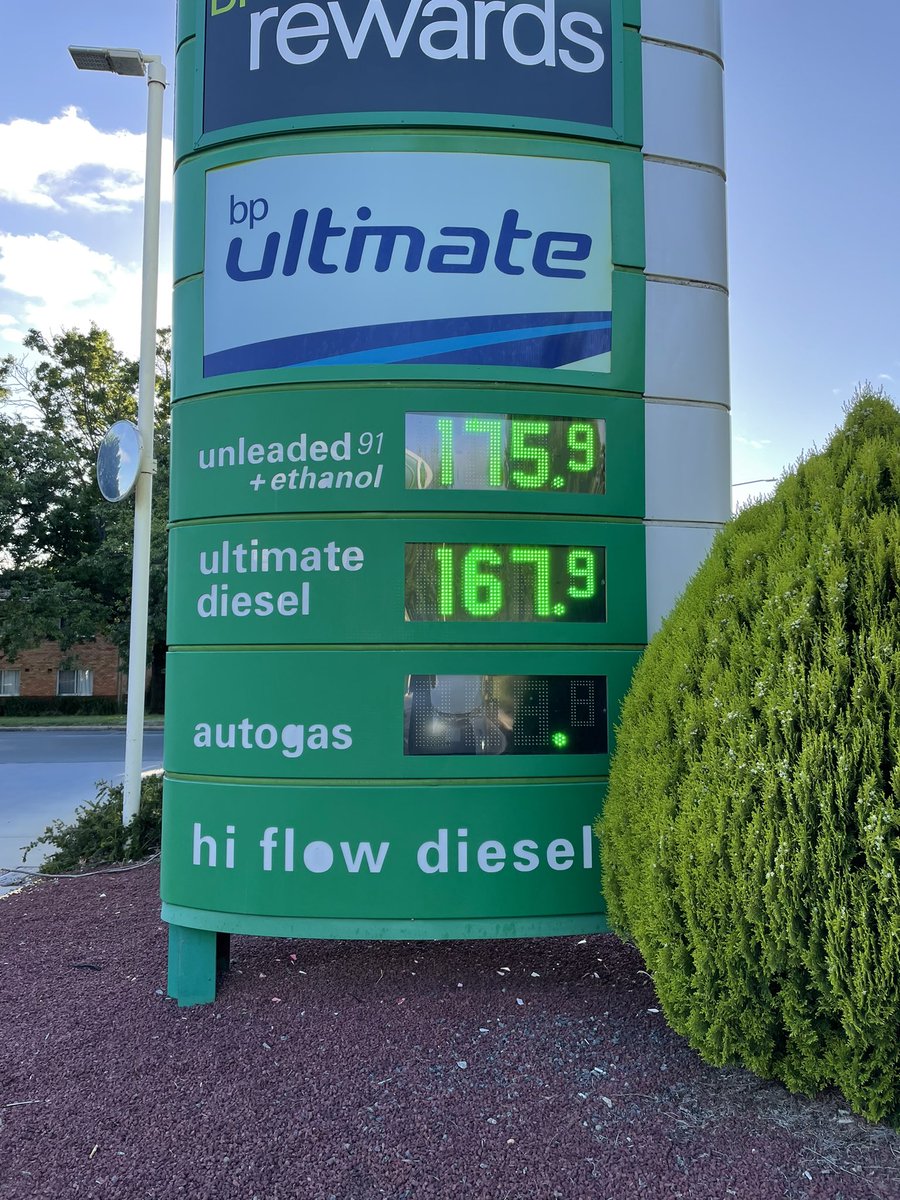 This is fantastic! Thank you @CanberraInsider for the share.

Artist Tom Roberts working on the Big Picture of the first sitting of federal Parliament at Melbourne’s Royal Exhibition Building, 1901 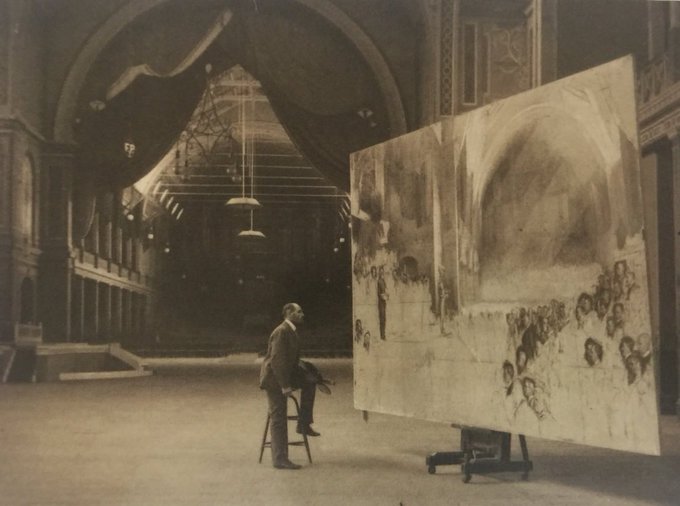 The Reagan Foundation and Institute

Lightbox link for post with description Speaking about the Holocaust in 1982, President...

Speaking about the Holocaust in 1982, President Reagan said, “Those who died cannot be with us, but they have a contribution to make. Their voices from the past cry out for us never to tolerate hatred or bigotry. Their voices can be heard even now.”

Good news in NSW Parliament this week. A strong step forward for individual dignity and human rights. Thank you and well done to those many people involved in making this happen. Our state will be better for it #nswpol

Thanks a lot and so glad to support @victorperton @Centre4Optimism We need a more optimistic world today and always! #optimism

"#Optimism is the key to #growth, fulfilment and achievement across the many walks of our lives. When we opt in to optimism, we find the essential fuel for vision, determination and action."
Wisdom from @timothycjames @MenziesRC when I asked "Tim, what makes you #Optimistic?" 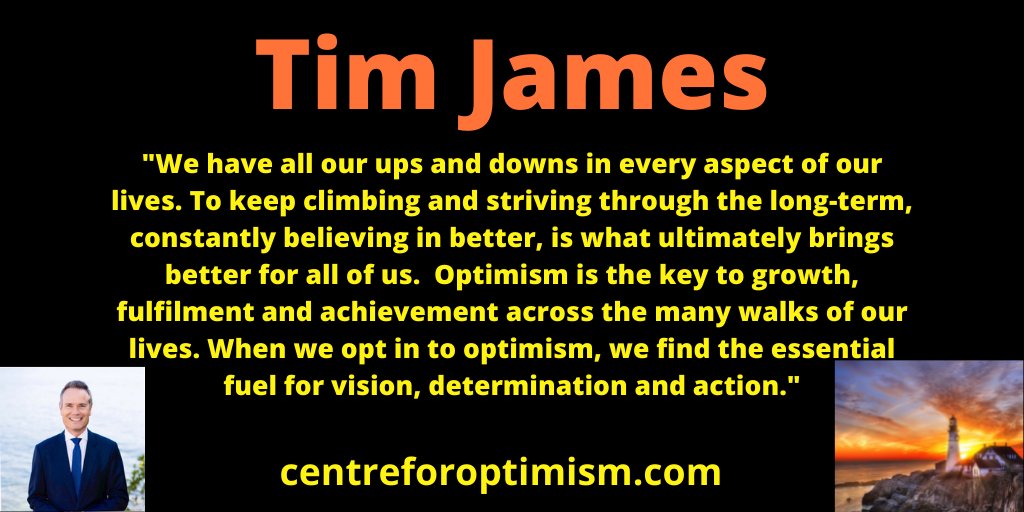 (1/5) The Harbour Trust’s 20th anniversary celebrations culminate today with a special ceremony paying tribute to the passionate individuals who laid our foundations and have contributed to our growth and direction.